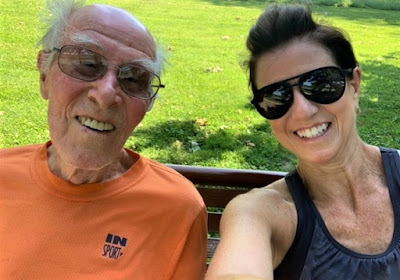 He's a former Proctor & Gamble marketing guy, while she works in the medical-testing field. They live on opposite sides of the Ohio River near Cincinnati, and logged their 5K race results in Fernbank Park on the river bank.

While he's currently receiving treatment for neck cancer, Richard doesn't let that stop him. "I exercise religiously," he says. "I'm deeply motivated to keep moving. It keeps me healthy and in contact with other healthy people." 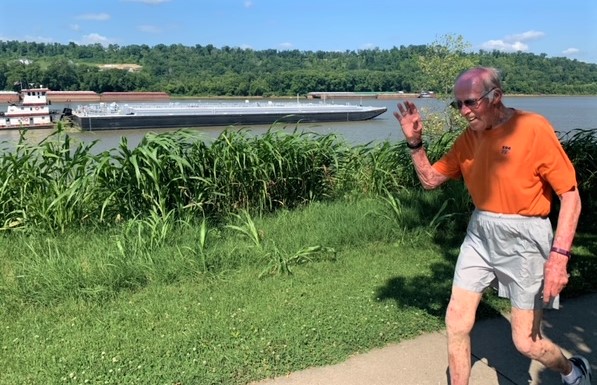 And that was on a hot-weather day in D.C. Two weeks earlier they ran a combined 1:51 faster on a cooler day.

The Glaven sisters are part of the Lincoln Park Track Club that includes a dozen or so other students from their 3rd and 4th grade classes. The girls' father, Richard, serves as coach, and you can follow the team on Twitter @TrackLincoln. The group describes itself lightheartedly as "a collective of amateur runners focused on the 2032 Olympics." 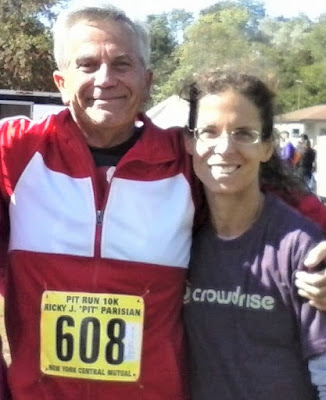 Lydia Dillon’s coworker, Richard Hamilton, tried for years to talk her into a road race. She always found one excuse or another, usually that she didn’t have a good pair of running shoes. Eventually, Richard succeeded in his quest, and Lydia now says, “I can’t imagine my life without running.”

The twosome will be pairing up in the run 5K2 open division for female-male teams. They have a combined age that puts them in the 120-129 age-group division, with Richard’s 74 years contributing the lion’s share. Both work in social services for Otsego County, NY. --Richard if the Office for the Aging and Lydia in Early Intervention.  They are also active in Ainsley’s Angels, which offers both children and adults the thrill of racing, usually in a wheelchair, that they would not be able to enjoy on their own.

Lydia has recorded a recent 5K time of 21:18, and also has a half-marathon best of 1:41. Richard credits her with keeping him going just as he got her started years ago. “Lydia got me back into running during a difficult time in my life,” he says. “She has been an inspiration.”The two were drawn to the run 5K2 as much by the simplicity of the event as anything else. “I thought it was a neat idea to have a ‘team,’” says Lydia. “Plus we appreciated the flexibility of being able to do it whenever we can fit it in. 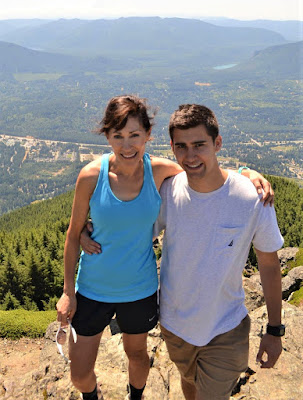 Sandie Domagalski and her son, Steven, are running in the Mother-Son, age 80-89 division. Sandie is 62 and a former engineer at General Motors. She lives in Michigan.Steven, 25, is living and working for Boeing in the U.K.

Sandie broke 3 hours in the 1989 Detroit Free Press Marathon, but now focuses on cycling, and has won four state titles (in three different events). "I wanted to participate in the run 5K2 with my son because we both love competition!" she says. "We also both felt that this would give us something fun to look forward to during this time of pandemic shut downs and isolation."

She calls their team "Speed Demons," because it includes the first and last initials (SD) for both of them.

Steven has been running since eighth grade, and completed his first half marathon in 2019. He says, "I’m joining the 5K2 race with my mother because it is something we can do together even though we are currently separated by an ocean and a 5-hour time difference."